I haven't updated my blog for a while. A whole six weeks. My excuse is that I've been busy, my laptop died, and I've had lots of visitors!

Anyway - while I was down in Christchurch for my last mapping session for the Cochlear Implant, I called into the Christchurch Art Gallery to see the Ron Mueck Exhibition. I've seen photographs of his work before, and every time I've been overseas, I've checked the galleries hoping I'd get to see him to no avail. So I was thrilled to see his work being shown in Christchurch.

If you get a chance to go, he's on until January, and he's a must see. The Christchurch Art Gallery building is new, and a wonderful photo opportunity as it's architecture is great. It has not suffered any damage in the quake, but the artists must be concerned for their work with all the aftershocks going on.

Mask II (2001-2), mixed media. Huge head (the face appears to be Mueck's own), lying on its side as if asleep - private collection.

Mueck's sculptures reproduce the minute detail of the human body, but play with scale to produce disconcertingly jarring visual images. When you study the Mask a bit closer, you find you get drawn into the details..

Through a video stream playing at the gallery, you learn that each hair is implanted individually, and real human hair is used. So when you see the individual sculptures and see how much hair is on some of them, you can only imagine how long it would take.

The next sculpture we saw was incredible. Pregnant Woman (2002), fibreglass, resin, silicone - 2.5-metres tall sculpture of a naked pregnant woman clasping her hands above her head.

What really amazed me was the detail in the foot. He has even put the white pressure points in the toes, as it would be there if you were standing in the same position...

Even the toenails aren't cut evenly, as you would expect.

Other attention to details that I noticed were the veins, which apparently are painted on, the moles and the breast. He obviously studied his model well!

Ron Mueck's latest work was on display - A Girl...

A Girl is constructed from a variety of media including fibreglass, polyester resin, silicone and natural hair.

To give an idea of size, that's Liz, looking down at the baby with a look of relief on her face, that her daughter wasn't this big when she was born!

Youth (2009), mixed media. Diminutive figure (65 cm high) of African or African-American youth, holding up his T-shirt to examine a wound in his belly...

I was quite fascinated in this one because of what the youth was wearing. Not only had Ron Mueck had the details of the body to the nth degree, but even the way he had dressed the youth, with the jeans, and the underwear showing, just as the youth like to wear them today.

The degree of detail in the collar bones around the neck is wonderful. You didn't expect me to comment on anything else did you? !!

Liz and I decided that this woman must sick due to the yellow hue and red eyes. A massive sculpture though, and I desperately wanted to peek under the blankets to see what it looked like!

I had difficulty with this one. My question was, why would you even attempt to carry sticks if you were naked. Liz pointed out to me that the artist had done his job, by evoking the feeling of sticks against a naked body. True. But I still can't understand why anyone would in the first place!

This one was quite something. Again the attention to detail was amazing, right down to the creases in the pantihose (saggy stockings). The expression in the faces were downright suspicious...

Still Life (2009), mixed media. Slaughtered and plucked chicken, same size as a human being, hung from hook by its feet.

While I took this photo of Liz standing next to this one, someone mentioned that I should title it 'Two Old Chooks!'. Excellent title!

Again, this one had me curious, wanting to lift the blankets to see if the sculpture was whole under the blankets, or ended at the face. I restrained myself, but was so glad I went.

If you are in Christchurch before the 23rd January 2011, don't miss it! It was one of the most interesting art exhibitions I have been to.
Posted by Anonymous at 12:20 AM

Amazing sculptures these.
The attention to details is really remarkable. Is this a travelling exhibit?

Not sure - I do know he has exhibits around the world from time to time. I'm not sure if it goes anywhere else in NZ. Best to find out from the artist himself - I wonder if you search on the internet you may find a contact?

Thank for posting, these are just wonderful! Elena 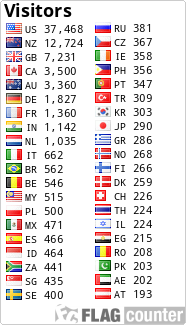